Reader and regular commenter XBTUSD sent this essay on his experiences with non-monogamy and related topics.

I’ve been exploring the non-monogamous world for around seven years and have had a myriad of experiences pretty different than TRQ’s, and I hope sharing them might be valuable to his audience: I really respect the community he’s built [editor’s note: community of lunatics?], his writing style, and the quality of the discussions in the comments section. Maybe my experiences can serve as a useful counterpoint to TRQ’s and we can compare and contrast.

After that first conversation, I resolved that this was how I wanted to live: have cake, eat it too. The problem: I was married and monogamous, and I didn’t think it was ethical to re-negotiate the contract after it was signed. I decided that if we ever split up, I would only be non-monogamous going forward.

A few years later, my ex-wife and I parted ways amicably, and I’ve spent the past 7 years exploring that world.

For context, I’m currently in a non-monogamous relationship with a woman who I’ve been with for around two years and don’t live with. Here are a few lessons learned:

People are fascinated with ENM, because almost everyone wants to have multiple partners. It seems too good to be true, and for most, I’d say that it is. Most men imagine their partner being monogamous and them sleeping with tons of other women and their woman not getting upset. Most women are thrilled at the prospect of being with a man who is not a jealous/controlling asshole. It’s often framed as a binary, one is either monogamous or not. I try and reframe it for people and get them to see that both monogamy and non monogamy are a spectrum, and as such it all exists on the same spectrum. We all get to choose where on that spectrum we want to be with any given partner. Justin Lehmiller has a great survey where he goes through a set of behaviors and asks “Is this cheating in a monogamous relationship?” You see from the answers that we all have different ideas, and few of us talk about them with our partners. 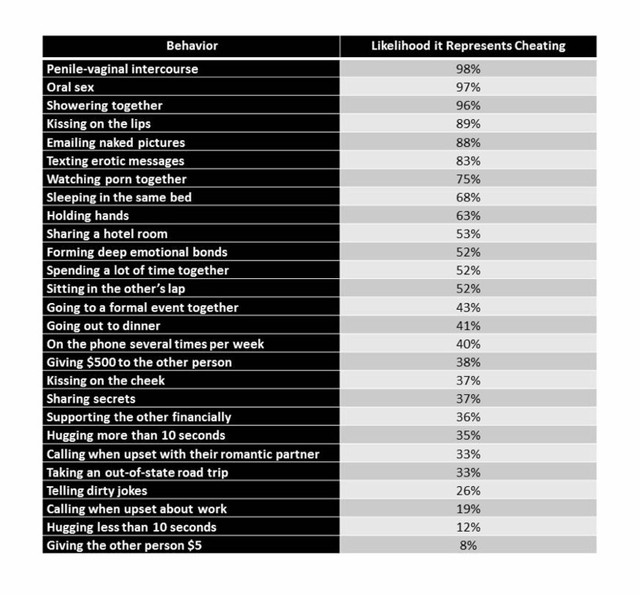 People commonly do things that hurt their partner but claim it wasn’t “technically cheating:” if you’re doing this, you’ve already lost. “Not technically cheating” goes by other names, like “an emotional affair” vs “a physical affair,” as some monogamous people are ok with one and not the other. All behaviors exist on a spectrum. Esther Perel points out that “monogamy used to mean one person for life and now it means one at a time.” The goal is to figure out where on the spectrum you’d like to be, and not be boxed in by the language.

The spectrum looks something like: “Mike Pence don’t ever spend alone time with another woman” → “ENM” → “Polyamory with multiple partners in love and living together.”

A lot of people (men and women) who I talk to about this, say, “I know myself, I’m too jealous, ENM would never work for me”. What’s interesting to me about this statement is that people assume their relationship to jealousy is fixed. If you’re a man who is not constantly growing your emotional skillset, this is not for you. But if you’re on this site, you’re constantly learning, changing and growing. Most people take for granted that when they start daygame, the first few hundred “sets” are going to be disasters. Approach anxiety and how they feel when approaching a hot girl is the worst the first time. For some it never goes away, for most it dramatically decreases as they build skills and their brain acclimates to new stimuli. Why would non-monogamy or jealousy be any different?

The first night one of my partners slept with another man, I thought I was going to die. I couldn’t sleep and just tossed and turned all night: the woman I love was having HOT SEX with another man. Social programming told me to go into a fear state. It didn’t help that the man in question was 6 inches taller than me, older, more successful, and all the other bullshit we get caught up in when we let our insecurities drive our emotional state. However, when I saw her the next day and nothing had changed, a lightbulb went on: all of the things I had spent the night fearing/imaging were made up. None of my worst fears came to pass.

I was finally inspired to write this post based on the conversation that started on twitter and migrated to TRQ’s most recent post about non-monogamy. If people enjoyed this, I’ll write more about my experiences, what I’ve learned, and more how to in terms of what’s worked for me to find partners, lead them, create a network, sex parties and creating a supportive social structure.

I’ve done most of the negative things mentioned by XBTUSD. I’d also guess that it’s not just social programming that led XBTUSD into a fear state, but psychological programming: before reliable birth control, letting your female partner f**k another man could lead a man raising another man’s child. Birth control and DNA tests prevent that result today, but the emotional parts of the brain long predate birth control and DNA tests.

XBTUSD mentions the first time one of his partners spent the night with another man. I’d be curious about the first time he spent the night with another woman, with his partner’s knowledge. I’d also like to know 1. What about his ex’s experiences made him connect the dots that something like this is possible? 2. Has he gone to sex clubs, and if so, what were those like?

I’ll also say, I’m more fond of the couple-to-couple swap than the woman going off and doing her own thing, and me going off to do my own thing.

Long-time readers probably know my perspective on jealousy and non-monogamy.

How can we live and be in society? View all posts by The Red Quest

16 thoughts on “XBTUSD on his non-monogamy experiences”

I wrote a free ebook, “Sex Clubs, Non-Monogamy, and Game” that explains how to combine game and non-monogamy. It’s targeted at intermediate and advanced players.